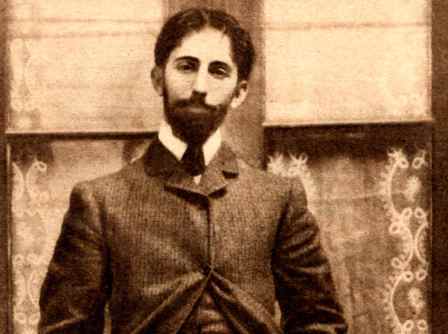 Along with his plays and poetry, Uruguay’s Horacio Quiroga (1878 – 1937) penned short stories set in the Uruguayan jungle along the banks of the Upper Parana River. The author incorporates elements of magic and the fantastic to portray the struggle to survive for both humans and animals. In many of his tales, animals take on human characteristics, including speech, that serve as metaphor for how humans, as an integral part of the jungle ecosystem, deal with nature, making choices to either exploit the jungle to everyone’s detriment or live in harmony with nature. Personally, I found the eight jungle tales in this collection, which are, incidentally, suitable for children, a delight to read, tales with such titles as “The Story of Two Raccoon Cubs and Two Man Cubs,” “The Parrot That Lost Its Tail,” “The Blind Doe,” “The Lazy Bee,” and “The Giant Tortoise’s Golden Rule.” For the purposes of my review, I will focus on my favorite – “The Alligator War.”

Alligator Paradise: For a long, long time many hundreds and hundreds of alligators lived peacefully in the river, eating fish all day, eating dear at night, sunning themselves on the river bank on hot afternoons and even sporting and playing, slapping their tails under the moon at night. Ha! For human or animal, we all know what paradise on earth would be like: plenty of food for our tummy, pleasant weather, no troubles or worries and lots and lots of free time to rest and play.

Ominous Sound: But one day a young alligator cocked his ear and heard: Chug! Chug! Chug! He called out: hey, everyone danger, danger! Catching the sound, all the alligators were astir, looked at one another and asked, “What on earth is that?” A big old alligator said he was familiar with the sound and knew exactly what was coming up the river: a whale. But the sound gets closer and the object comes into view and passes – it’s a big wooden boat. I enjoy Horacio Quiroga letting the old alligator make a mistake – a very human quality of older members of society: they have experience and a degree of wisdom but they are far from infallible.

Grand Plan: The younger alligators jeer at the old alligator’s mistake but ask him what that thing was. He tells them a steamboat and how all the alligators will die if the steamboat continues to go up and down the river. At this, the young alligators burst out laughing, then turn away to go fishing. But, alas, bad news: no fish since the steamboat frightened all the fish away. Darn, the oldster was right this time! And same stuff the next day: the steamboat chugs up river and no fish. Oh, no! Dejected beyond words, the alligators admit they are doomed. But ingenuity to the rescue: a sharp alligator suggests they damn up the river so the steamboat can’t pass. Great idea! And the alligators go to work. All so very human: crisis strikes and the wits sharpen to devise a solution.

Confrontation, One: So, next day the steamboat chugs up river again and then stops. Men in a small rowboat approach the dam and a dialogue ensues, a dialogue I’d like to repeat here to give a taste of the author’s nifty, homespun language:
“Hey, you alligators!”
“What can we do for you?” answered the alligators, sticking their heads through the piles in the dam.
“The dam is in our way!” said the men.
“Tell us something we don’t know!” answered the alligators.
“But we can’t get by!”
”I’ll say so!”
“Well, take that old thing out of the way!”
“Nosireesir!”
The dialogue continues a bit more and ends in stalemate. The rowboat returns to the steamer. Again, the story is told in such appealing language – no wonder both adults and children have fallen in love with these jungle tales for more than 100 years.

Confrontation Two & Three: Next day, the boat comes upstream, only this time the alligators behold a bigger boat made of steel: an armor plated warship! A few good blasts and the dam is splinters and the boat passes. Undaunted, the alligators build an even bigger dam. But thanks to even bigger blasts, the warship passes yet again. No doubt about it, the alligators are forced to admit they are really doomed. What I enjoy here is how Horacio Quiroga captures the back and forth rhythm of weapons, defense and destruction, the brutal realities of war at all times and in all places.

When All Else Fails, Friendship: At this point, listening to alligator moans and observing alligator tears, the old alligator relays how when he was a boy he had a friend, the Sturgeon, who witnessed an ocean battle between two ships and was able to bring home a live torpedo. Let’s go ask if he will let us use his torpedo. Yes! As ancient Greek philosopher Epicurus astutely pointed out, having friends is critical to our overall happiness. And what is true for people is also true of states and nations – friendship means so, so much.

Big Blast: Turns out, the Sturgeon joins the alligators in launching the torpedo at the warship. Boom! Surprise, surprise for the sailors. However, when the sailors are swimming in shock in the river, the alligators exercise discretion and do not eat the sailors. Well, there was that one obnoxious officer who mocked the older alligator and ended up as alligator dinner. Anyway, there are several morals of the story – you will have to read for yourself to undercover them all. And this is an upbeat story with a happy ending.

Happy Ending: Here is how Horacio ends his charming tale: “The next day another steamboat came by; but the alligators did not care, because the fish were getting used to it by this time and seemed not to be afraid. Since then the boats have been going back and forth all the time, carrying oranges. And the alligators open their eyes when they hear the chug! chug! chug! of a steamboat and laugh at the thought of how scared they were the first time and of how they sank the warship. But no warship has ever gone up the river since the old alligator ate the officer.” Ah, to overcome one’s fear and maintain a lifestyle that nullifies the need for war. Sounds good to me, Horacio! 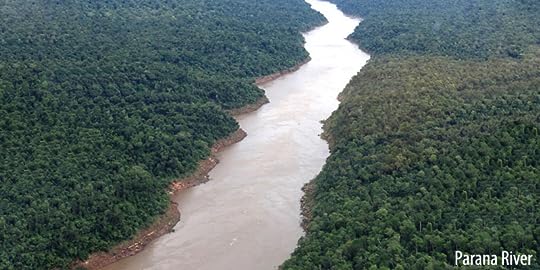 Uh-oh, it looks like your Internet Explorer is out of date. For a better shopping experience, please upgrade now. Javascript is not enabled in your browser. Enabling JavaScript in your browser will allow you to experience all the features of our site. Learn how to enable JavaScript on your browser. Kids' Club Eligible. Rudyard Kipling was one of the most popular writers in the United Kingdom in the late 19th and early 20th centuries.

Smile love and be kind

You ve got the right one baby